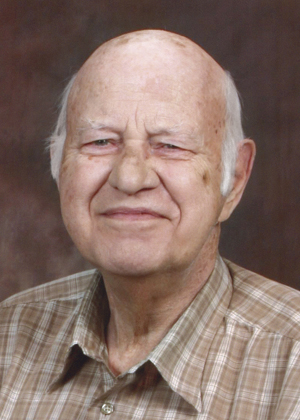 Egon Schlingmeier, 77 years, Gutersloh, Germany 36-07-20 to 14-01-29 St. Jean, QC, after a long battle with kidney and cardiovascular disease, he passed away peacefully.  He grew up in Herford, under the watchful eye of his parents, August and Erna and their family, who shared several houses on the same street.  Long-time resident of St Valentin, he took great joy in his extended family’s day to day achievements, including their furniture business.  Trained as an upholsterer, his eye for detail, leant itself to his passions of photography and gardening.  Undeterred by most any challenge, no doubt as a result of his wartime experiences as a child, he entered wholeheartedly and completely into anything he undertook.  “I came to this country in 1959”, he would say, and spoke of the many merits of this beautiful place.  He arrived with one suitcase and amassed great wealth – a community who rallied to support him when times were hard (cancer survivor).  His Heimatland (homeland) was also close in his memory, and he spoke often about it.  He earned distinguished titles: son, brother, uncle, husband, father, grandfather and friend.  He is survived by his loving wife (Marlene), sisters (Edith, Anita), son and daughter in law (David, Laura) and many cousins, nieces and nephews.  He held his grandsons Noah and Josh in a special place, and took great joy in their every achievement.
Serre & Finnegan Funeral Home:
Lacolle, Qc,  J0J 1J0
450-246-3988 / 1-800-263-3074
www.serrefinnegan.com
Condolences 1p.m. will be followed by a memorial service 2p.m.  at Lacolle United Church, on Saturday 8 February 2014.
The funeral will follow in May (to be announced).  Special thanks to the Hospital staff 6th floor south, his medical team through the years and his visiting nurse.  Donations in lieu of flowers are requested to the Kidney Foundation, Heart and Stroke, L’Hopital du Haut-Richelieu, or Lacolle United Church.

David, Laura and the boys

My thoughts and prayers will be with you through this difficult time. He may be physically gone, but he will live on in your hearts and in the hearts of those who were blessed to know him.

My thoughts and prayers are with you Marlene, David, Laura, Noah & Joshua: He was a good kind man who loved his family more than anything. He will be missed dearly. Remember the good times!

Deepest condolences to you all on the loss of a father and grandfather. On behalf of the 7th Kanata Scout Group and my family know that we are all thinking of you in this difficult time.

Sending you love, hugs, prayers & my sincere condolences! Our faith tells us that Egon is at God’s right hand and that he is beyond all physical pain and struggle.

May God Bless each one of you are you mourn your loss.
Sally

To Marlene, David, Laura, Noah & Joshua: It is with great sorrow that I learned of Egon's death. Having known him & his family through Jurgen & Heather Orberger, I consider him & his family as my friends. He will be missed by a lot of people, but just keep in mind that he'll be watching over you from above. Sorry I can't make it to the funeral Saturday, but be assured that my frienship, my thoughts & my prayers will be with you through that sad, but very special day. My thoughts & condolences are with you too, Heather. Marlene, I'll see you next time I visit Heather & perhaps we can have diinner together.

David, Laura, Noah and Josh. I was very saddened to learn of David’s father’s passing. My thoughts and prayers are with you. I know that the strength and courage that you have as a family will guide you through this difficult time. May your father/grandfather rest in peace. Caroline

David, Laura, Noah and Josh: My deepest sympathies on the passing of your father / grandfather. My thought and prayers are with you. May you find the strength in these very difficult times. Let me know if I can be of any help. Karim

David, Laura, Noah and Josh. I was very saddened to learn of David's father's passing. My thoughts and prayers are with you. I know that the strength and courage that you have as a family will guide you through this difficult time. May your father/grandfather rest in peace. Caroline

David, Laura, Noah and Josh. I was very saddened to learn of David’s father’s passing. My thoughts and prayers are with you. I know that the strength and courage that you have as a family will guide you through this difficult time. May your father/grandfather rest in peace. Caroline

Dear David, Laura, Noah and Joshua, We are deeply sorry for your loss. Our thought and prayers are with you during this difficult time. We share your sorrow. Will cherish his memories forever. Maryam, Darya and Ramin.

Mr. Schlingmeier and the Schlingmeier family were (and are) such a huge part of my life growing up. I will always remember fondly the numerous weekends that I spent with David and his parents, playing around the house in St-Valentin, and going to Plattsburg. Mr. Schlingmeier always treated me very well, and I had the chance to thank him for his kindness many years ago, during a private moment we shared at David and Laura’s wedding. He was a good man, and he will be missed.
With Love,
Roger & Family (Anita, Sarah, Rashel, Elsa).

My deepest and most sincere condolences. I will always remember Mr. Schlingmeier with fondness. I am unable to attend the service this February 8th, but I will be with you all in thoughts and prayers. I will also ask Roger to inform me of the date in May, once it has been announced.