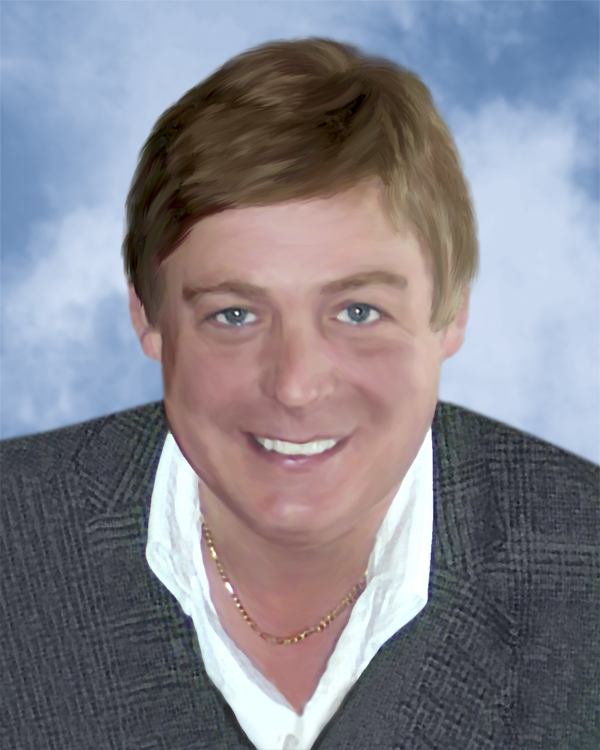 Ronny Marcel Whyte. 53 years of age passed away peacefully, yet unexpectedly on Wednesday December 7th 2016, in his hometown of Hemmingford.

Ronny, also well known as Perkins was born February 19th 1963 in Ormstown, Quebec.
For the past 25 years he made his home in Dollard des Ormeaux. He attended CVR and was a member of the class of 1980. In his teenage years Ronny worked on the family farm and at a local vegetable producer both in the Barrington area. After high school Ronny moved to the South Shore of Montreal, and started working in the automobile industry. Soon after, he quickly expanded his special qualities of buying and selling and moved on to the “Big City” where he was very active in the car business dealing mainly at the wholesale level and at the car auctions.

He loved what he did, and was respected by all with his knowledge, wit, bright smile and laughter.

He is survived by his brothers, Andrew; Patrick (Lynda); Alan (Betty); Michael (Patti); Eric(Johanne); his little brother Brian and only sister Nancy (Danny), many nieces, nephews and friends including his second mother Margaret Orr and longtime friend Pat Tobin.

Family and friends will gather for a visitation on Friday evening December 16 from 6 pm to 9 pm and on Saturday December 17 from 11:30 until 1:45 at;

A celebration of his life will be held on Saturday, December 17, 2016 at 2 pm in Hemmingford, Quebec at St. Romain’s Catholic Church. Following the Mass, there will be a reception at the Hemmingford Country Club to give thanks for Ronny’s life and celebrate his entry into Heaven.

Contributions in memory of Ronny can be made to the Old Brewery Mission or another charity of your choice.
oldbrewerymission.thankyou4caring.org

Our deepest sympathies and the entire Whyte family .

From all your friends from Pierrefonds West Island.

Sorry i was able to make it to ther services. My condolences to all of my family xoxox

Our deepest sympathies to the entire family. It is a terrible loss.

Our deepest sympathies to Brian and the entire Whyte family . Ronny was one of a kind .
Always had a smile and a big hug for us . We will miss him .
Rest in Peace Ronny

Our sincere condolences to the entire Whyte family. Our thoughts are with you at this very sad time.

My deepest sympathies to the entire Whyte family ! Ronny was a great person and friend !

My deepest sympathies to Andrew and your family, may God show you the way thru this…

My deepest sympathies and thoughts to the entire family ! Ronny was a great man loved by all …. stay strong

Sincere sympathies to all the family.

I am so sorry to hear of your loss. Please accept my condolences and remember to hold on to the memories….They will get you through.

Ronny was a great man. I was blessed to have known him. Rip ronny you will be missed

You brought tremendous joy and laughter to so many people Ronny, I will always remember your smile and joie de vivre as we shared a few beverages, so easy going and down to earth. RIP my friend. To the family and friends, I offer my warmest condolences for their great loss.

Sympathies to all the family

My young friend, I remember you always laughing! I did not see you much but I thought of you a lot. Pat is such a great person, I am glad he was part of your life. My family joins me in offering the family our condolences. Rest in peace my little one!