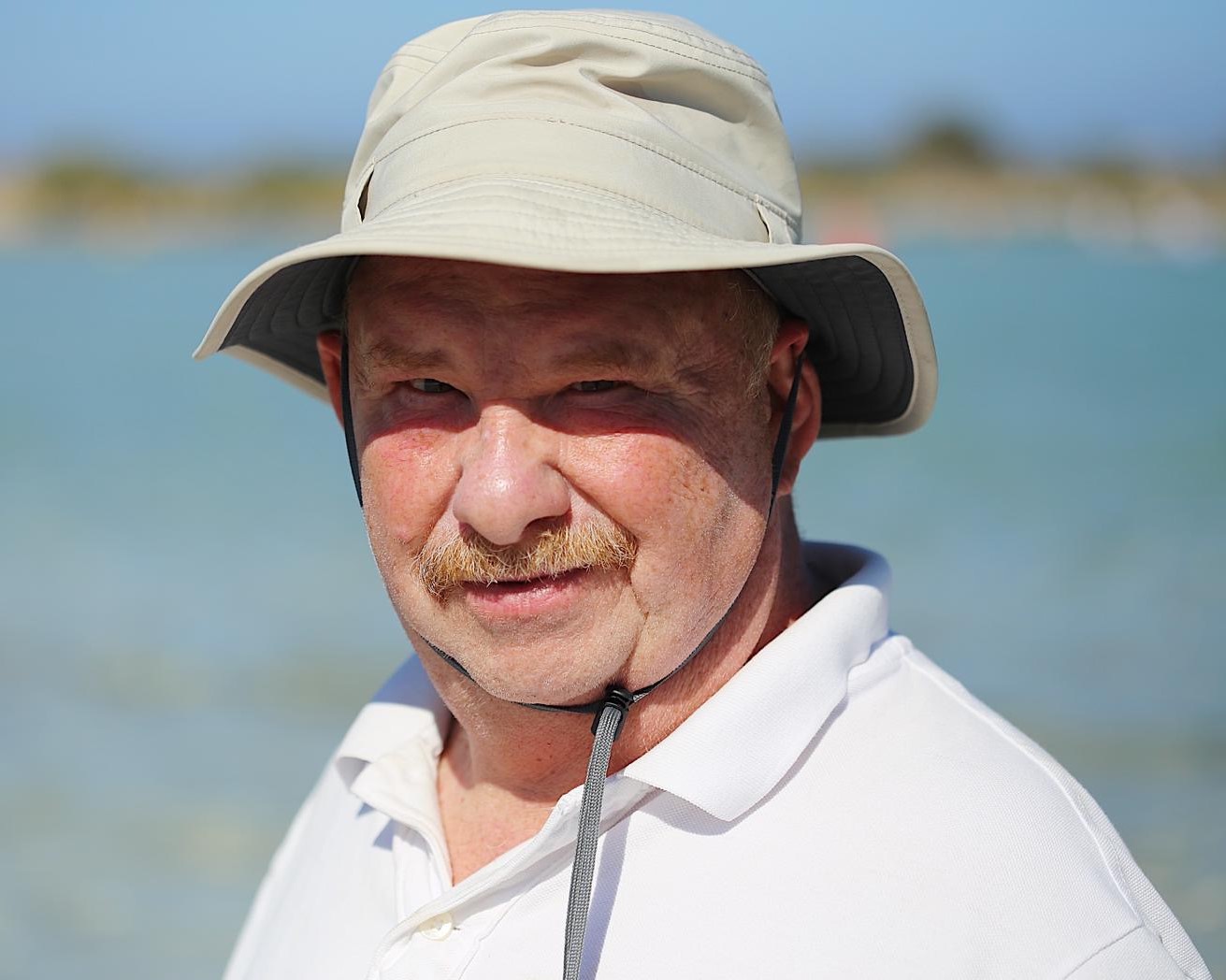 It is with profound sadness that the family announces the sudden passing of Mr. James Gordon Masten (Gord Masten), Canadian actor, on July 26, 2020, at the age of 69. He was predeceased by his loving parents Jim and Evelyn Masten of Lacolle, Quebec.

Gord’s theatrical and musical fires were ignited by his dear Aunts Margaret and Louise Masten and the flames were fanned when he was a much loved drama camp counsellor called affectionately by the young campers, “Big Red”. He went on to receive an Honours B.F.A. in Theatre from York University. Upon graduation he “paid his dues” working in childrens’ theatre but soon enough was seen on main stages in Toronto and Montreal and across Canada: Theatre Plus, Canadian Opera Company, Citadel Theatre, Huron Country Playhouse, Theatre Aquarius, The Segal Centre, The Centaur to name a few. Memorable stage performances include the Cowardly Lion in The Wizard of Oz, Stephano in The Tempest, Phil Hogan in A Moon for the Misbegotten, Mr. Bumble in Oliver!, “He” in Counting the Ways teaming up with his wife, actor Jude Beny as “She” and most hilariously, the Pickle in Schwartz’s The Musical! Gord also appeared in feature films and television (The Day After Tomorrow, L’Odyssé d’Alice Tremblay, The Artists Specials: Monet, Asbestos, Source Code, The Sunshine Tax, The Santa Clause, Road To Avonlea, and the much loved Christmas classic A Child’s Christmas in Wales) as well as numerous commercials, voice overs and animated cartoons bringing light and life to all he engaged with. Later in his career he joined Jude, his wife of 21 years, on the teaching faculty at The Professional Theatre Department at Dawson College where he will always be remembered by students and faculty alike.

He is also survived by his close cousins including George Van Vliet, his strong sisters-in-law, his wise brother-in-law, his creative nieces, his adventurous nephews, his playful grand nieces and nephews and dear friends who counted as family to Gord including long-time agent Mollye Reisler and neighbor Charli Ferguson.

The funeral will take place at The Burtonville Cemetery near Lacolle, Quebec at the Masten family plot on Sunday, August 9th at 10 am. Please bring your own lawn chair if you wish to sit. The service will be conducted by Debbie Beattie, one of Gord’s spiritual friends, a lay minister at Lacolle United Church where Gord was a valued member. Please respect social distancing. Gord was keen on that. All are welcome.

The “Gord Masten Memorial Award for adventurous, playful creativity” is in the process of being established at The Professional Theatre Program at Dawson College/New Dome Theatre. This fund will be under the administration of the Dawson College Foundation\Ursula Cabral, Vice President ucabral@dawsoncollege.qc.ca.

Those wishing to contribute may do so soon by credit card, cheque, or online once Gord’s fund appears in the drop-down menu.

Sharing a note of condolence has never been easier.

You can now write a note of condolence on our Facebook page, or right here, on our website. The family will be grateful. Thank you.

Visit our Facebook page Write a message of sympathy here

To the memory of Masten, James Gordon

Like many others, we were shocked and heartbroken to hear the news of Gordon’s passing. He always brought so much life to any room he entered and his great sense of humour was always appreciated. Such a wonderful soul who has left us far too soon. How wonderful though, that he graced us and so many others with his amazing wonderful presence during his time here. Our deepest condolences to Jude and the family. We’re thinking of you and sending you much love during this difficult time.
Nan Catto, Wendy Catto & Gabrielle Catto

Gordon was a special person, knowing him as a customer first, and as a friend later. Was always a pleasure to talk with gordon ! I was so sad learning that you passed away.. We will never forget you gord.

My deepest sympathies to the Masten family and the large clan that surrounded Gordon thanks to the addition of Jude in his life. Such a talented and generous soul taken far too soon. He will be missed.

Dear Jude,
I will cherish all the great memories I have of Gordon. He always had a thought that he wanted to share or a funny comment to make everytime I saw him. We had great discussions on so many different topics. He was so colourful…A real privilege to have known him and yourself. I wish you courage and may you find peace. I know that you have love and support around you to help you go through this very difficult time. Please accept my deepest condolences. Your ex neighbor
Sylvie

To Jude, family, relatives and close friends, we offer our sincere condolences. For my kids, who were working at the garage and acted as valet service for Gordon’s gathering, for Stéphane, who was Gordon’s mechanic at the garage and long time friend and neighbour, and for me, as I was working at the Post Office, Gordon was coming in saying: knock knock, and me answering : who’s there? And always having Gordon expressing loud and clear a different personnage, or telling a new story. He was always joyful and considerate. We’ll miss you.
Alexandre, Arianne et Stéphane Racine ainsi que Lucie Bombardier

We were shocked and saddened when we heard of Gord’s passing. When I think of the special occasions that started with a gleam in Gord’s eye….The Spring Fling, The Fall Ball, The Hoedown and other numerous church events. It was such fun!
When the phone would ring and I saw his name, I would purposely not answer knowing he would leave a hilarious message in whatever accent took his fancy. He had a wonderful sense of humour, a larger than life personality, along with kindness and compassion. He will be sorely missed. He was a dear friend.
Our heartfelt sympathy to Jude and the family.
Colleen & Eric

We have lost a great talent, a bon vivant, and a wonderfully crazy, crazy guy at a time when the world needs a helluva lot more exactly like him.

To his entire family, my family’s deepest condolences.

Im very saddened to hear the passing of one of my favorite people that came and see me at work.always cracking jokes about movies and what favorite series he loved to watch on Netflix.he made laugh everytime.and doing one on one improve.i will truly miss my little red hair man(not much on top)im sorry for your lost

My deepest sympathies to the family.

I’m so sorry to hear this sad news. All my deepest sympathies for you, Jude, and your family. He will be missed.

Sympathies à toute la famille.
J’ai connu Gordon à Toronto et on a partagé la scène plusieurs fois.
You have left a void in all of us but your infectious laugh and talent will linger.
Love you Gordon

We were so saddened to hear the news of Gords passing. Hugo and I will miss seeing him when we visit Lacolle from New Jersey several times each year. He had such a zest for life, always making us laugh and was a great classmate and friend of Hugo’s and everyone he came in contact with. He will forever be in our hearts.

Our thoughts and prayers are with you and your family.

My sympathies to Jude and all the family. My thoughts are with you in these moments.

Annie that used to work at garage Racine

My condolences to Jude and Gord’s extended family. His passing cuts deeply. He had so much more to do, be and live.

I will miss you….

Such a shock to us and for all the family – he will be missed in so many ways. Church concerts and his dramatic way of reading Bible stories, as our Christmas Santa, and in the choir are just some of the ways Lacolle United Church will feel his loss. Our sympathy to all the family.

Gord was a kind and generous soul and happily shared his talents by singing at our wedding at Odelltown Church in Lacolle in May of 2016. A funny story; Gord was a friend of my father Grant Van Vliet and my father was the care taker at the Burtonville Cemetery for several decades. When dad couldn’t find Gord in December 2015, he left his yearly calendar in Gord’s mailbox with a note that said, “see you in my Granite Garden”. This is what dad called the cemetery and when Gord went there to pay respects to his family, he would often have a visit with my dad when he was working there. My dad died shortly after he left the note, making ‘see you in my granite garden take on a whole new meaning! Gord and Jude shared this with me at the service for my dad, and it helped me find some humour during our difficult time of loss. Ken and I share your sorrow and hope you find peace and comfort in the full life he had and the impact he had on the community and students he taught.

My deepest sympathies to Jude and the family. Gord will be missed! I will never forget the thoughtfulness and pure joy that he brought to his classes at Dawson. While working together on my cartoon voice demo a few years back, he suddenly got very serious and looked at me, in that deep way in which he saw people, and said, “You’re a really funny person, aren’t you?” I don’t think anyone had ever used the word funny to describe me before. I think about that moment often and thank Gord for seeing things in his students that they were unable to see on their own.

Our deepest sympathy. He will be greatly missed.